Decided to update this post for easier flow of custard filling. This updated recipe is easier to do must more sinful. Your pao wrapping have to be as centre as possible and the dough cannot be too thin.

This should be one of my last post on my Chinese Buns or bao series. In order to complete my series, I have decided to prepare some salted egg yolk custard buns. 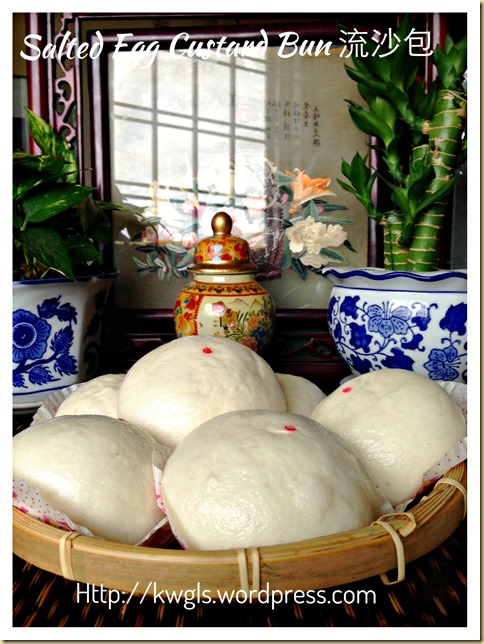 After studied many recipes, I have came out my own version of salted egg yolk fillings. I am very pleased with the outcome of the fillings though I have hoped that it will flow out when the bun was broken into half.. It dripped, did not curdle or flow out like what is sold in the restaurant. Hmmm, whether this qualified to be called liu sha bao (流沙包） or nai huang bao (奶皇包） is up to readers to decide.

Liu sha bao basically means that “flowing sand” and the egg custard mixture will flows out of the buns like flowing sand. If it did not flow, it will be called nai huang bao or egg yolk custard buns.

I have studied my recipe and I believed that in order to make it to flow out, my humble opinion is that the amount of butter in the ingredients have to be relatively more that what is stated here. Butter when heated up, will liquidity and flow out ..

I have purposely took two buns after my photo taking session, re-steamed it under high heat, broke the buns into half immediately and this is the outcome, it dripped and start to set when temperature start to decrease.

Well, the above is my speculation and is unconfirmed. However, I have still decided to issue the recipe as I personally find that the filling really suits my taste bud.

Family members were pleased with the buns. It is rare that I prepared twelve and I did not give it to the neighbours as kids liked it so much that they have asked me to “do some more”.. Wife was complementing asking me to reserve two for her lunch in office on Monday and my mother in law have never “advised” me  “how this can be further improved”. 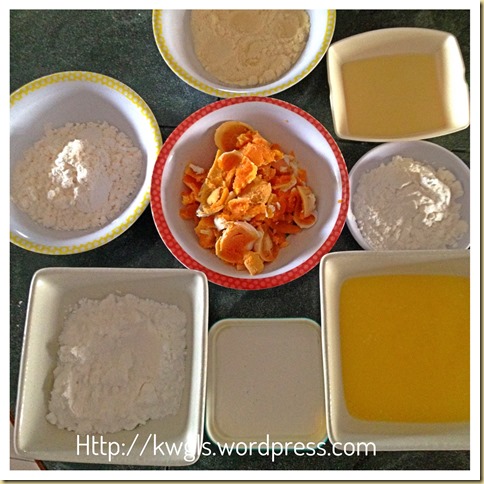 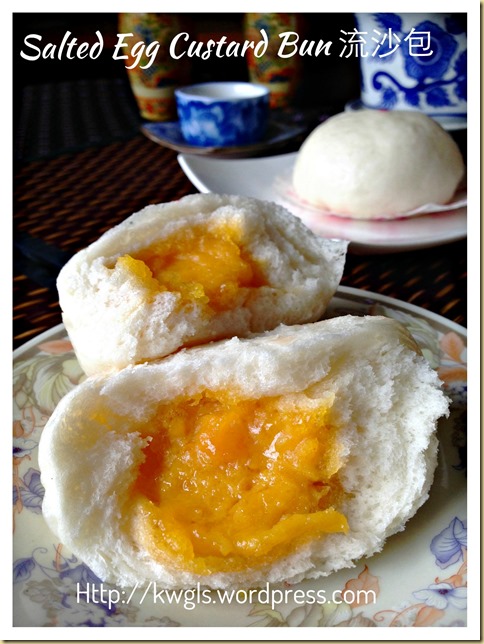 I am very happy with the fillings. It did not curdle and slightly drip from the bao. Whether or not it can be called liu sha bao is up to reader’s to decide. It did not flow like what is usually shown in the images of the internet, but it did give an awesome texture and taste that the family likes it . 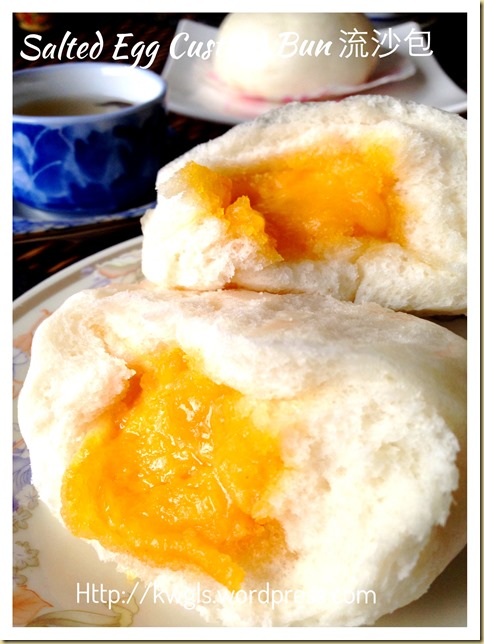 For more recipes, you can refer to my RECIPE INDEX (updated as at 8 June 2014)  here and you can follow me at PINTEREST or visit the blog’s FACEBOOK PAGE to keep abreast of my future posts. 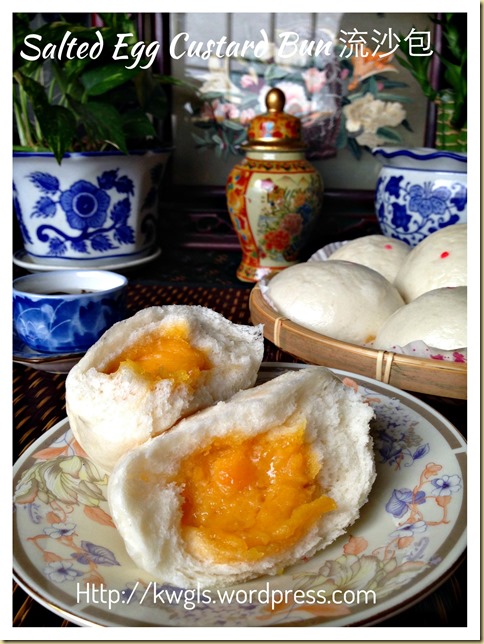 13 thoughts on “It Dripped But Did Not Flowed Out.. What Is It?–Salted Egg Yolk Custard Buns or Liu Sha Bao or Nai Huang Bao (流沙包 / 奶皇包 /奶黄包）”