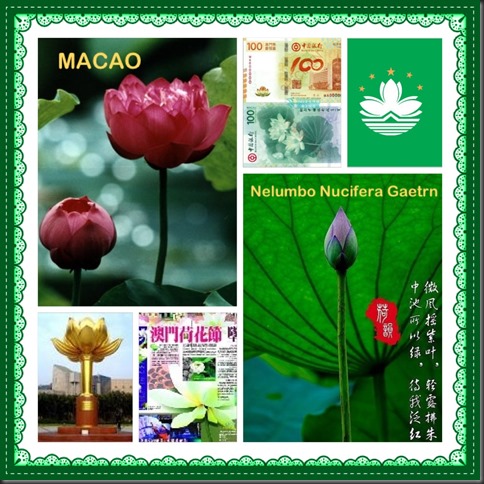 “Nelumbo nucifera, known by a number of names including Indian lotus, sacred lotus, bean of India, or simply lotus, is one of two species of aquatic plant in the family Nelumbonaceae. ……… This plant is an aquatic perennial. Under favorable circumstances its seeds may remain viable for many years, with the oldest recorded lotus germination being from that of seeds 1,300 years old recovered from a dry lakebed in North Eastern China. (Source:http://en.wikipedia.org/wiki/Nelumbo_nucifera)”

Nelumbo Nucifera is  the “state flower” for Macao Special Administrative Regions of People’s Republic of China. Beside Macao, India and Vietnam are also using this flower as national flower. But that should not be confused with Bangladesh’s national flower, water lily (睡莲）which belong to the family of Nymphaea.

Lotus is a perennial aquatic plants with a long history and apparently is a leader in the midsummer seasonal flowers. In the heat of summer waves, pools were full of green lotus leaves that waved slowly and its flowers were emitting a fragrance resembling fragrance from the bathing beauties. Hence, In Chinese,  lotus were also called “gentlemen flowers 花中君子” or “flowers of beautiful ladies 花中美人” 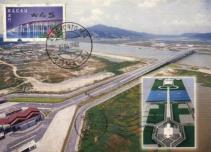 Finally, I have finished my national flowers for East Asia and a summary will be compiled for your reference soon. Hope you enjoy the post.