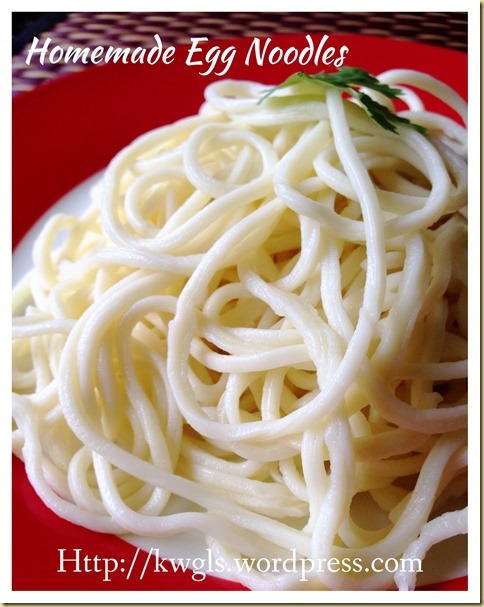 I have prepared some meat pongteh last night and quite a lot was left. 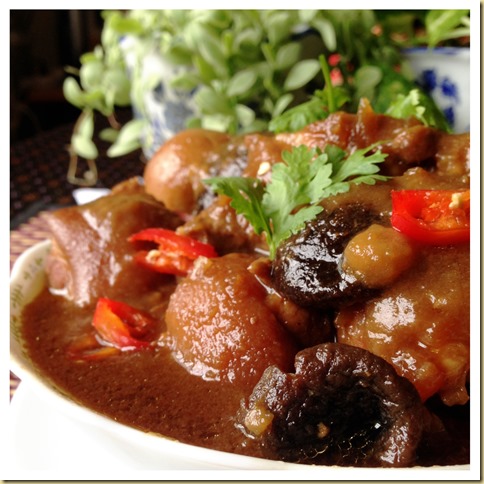 My wife said that the sauce were nice to eat with noodles and I concurred. In the next morning, I prepared some egg noodles. 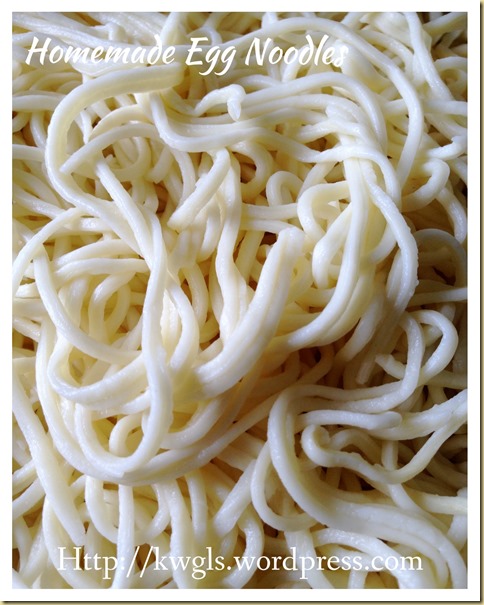 I blanched the egg noodles and used them to cook this simple braised noodles. 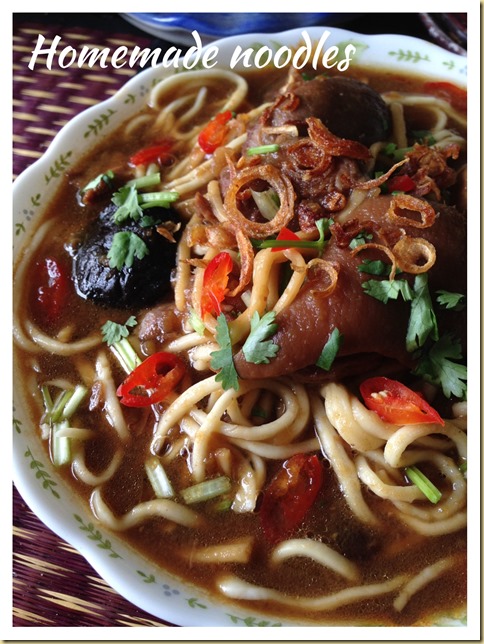 As I have quite a noodles left, I stored in the fridge and I used these blanched noodles to prepare some stir fry noodles for my kids 2 days later. 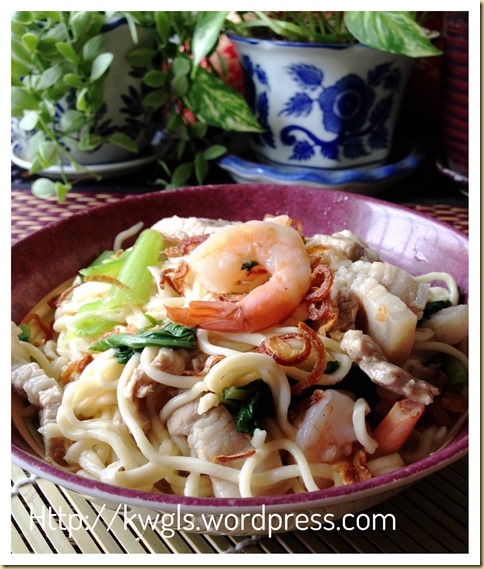 Most egg noodles recipes are the same.. nothing to shout about.. 1 cup of plain flour with 2 eggs of about 50 grams of each and you will be surprised that these egg noodles is the same recipe as for Western spaghettis. 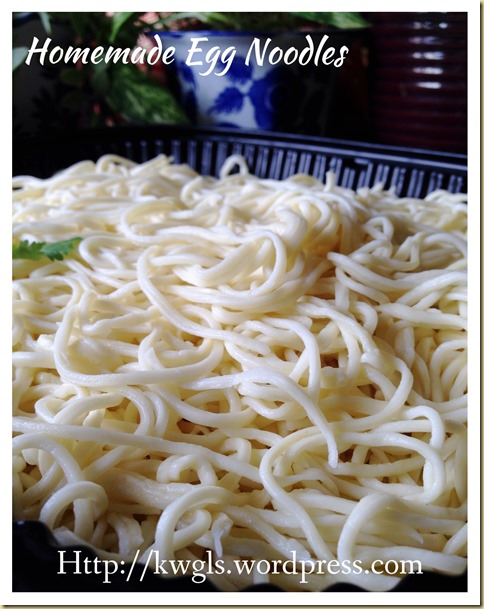 I am sure I need not to elaborate any further about these egg noodles since it is a common staple item in Asian households. However, it is no harm to understand what Wikipedia have defined these noodles. 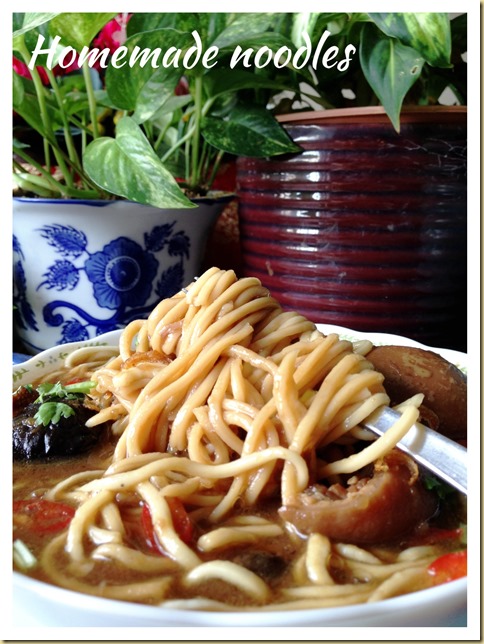 “The noodle is a type of staple food  made from some type of unleavened dough which is rolled flat and cut into one of a variety of shapes. While long, thin strips may be the most common, many varieties of noodles are cut into waves, helices, tubes, strings, or shells, or folded over, or cut into other shapes. Noodles are usually cooked in boiling water, sometimes with cooking oil or salt added. They are often pan-fried or deep-fried. Noodles are often served with an accompanying sauce or in a soup. Noodles can be refrigerated for short-term storage, or dried and stored for future use. In American English usage, the word “noodle” is an inclusive term that denotes flour paste products in various shapes. In British English usage it generally denotes a food in the form of long, thin strips of flour paste products. “ (http://en.wikipedia.org/wiki/Noodle) 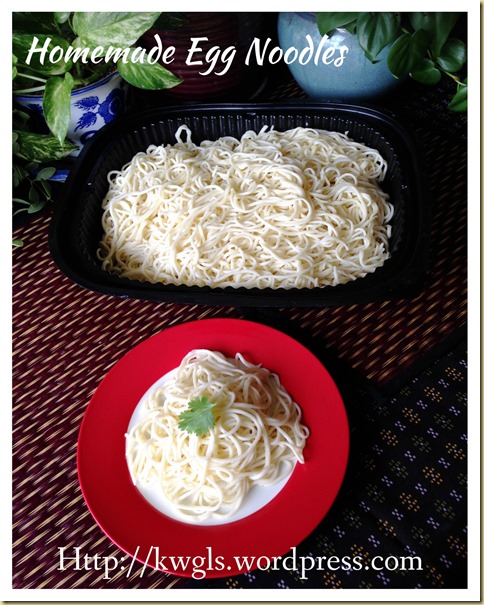 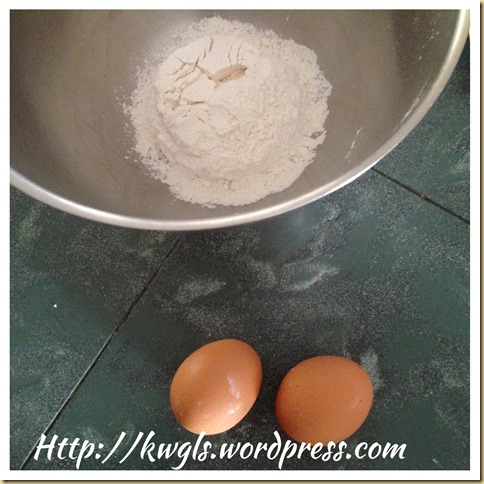 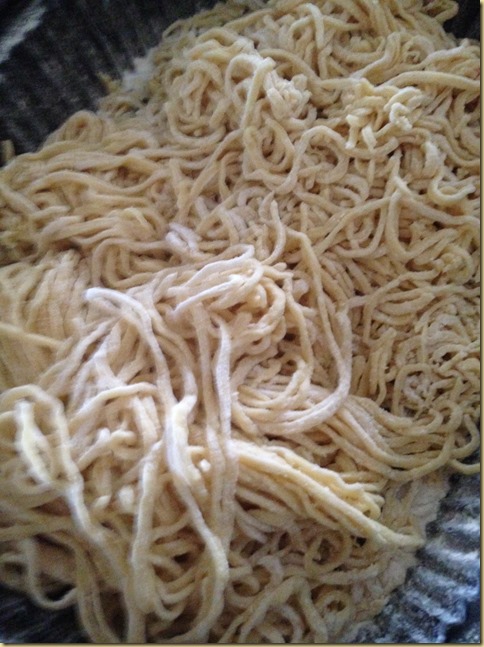 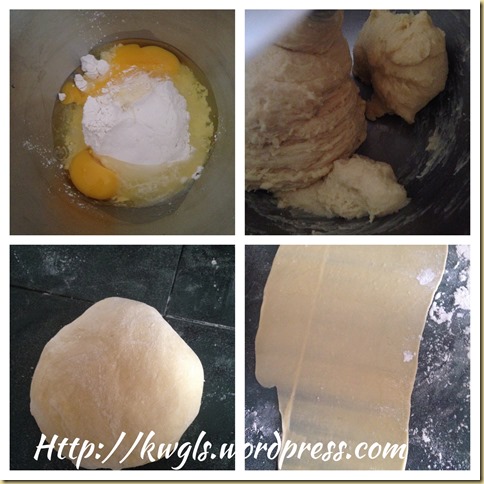 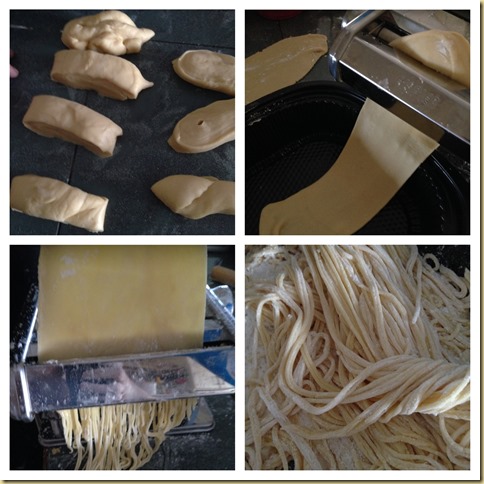 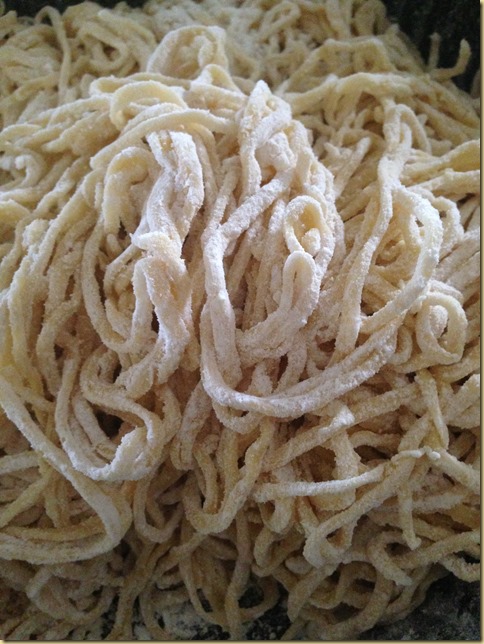 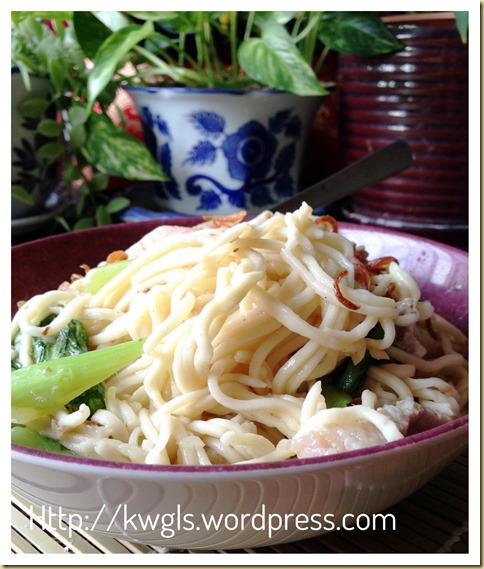 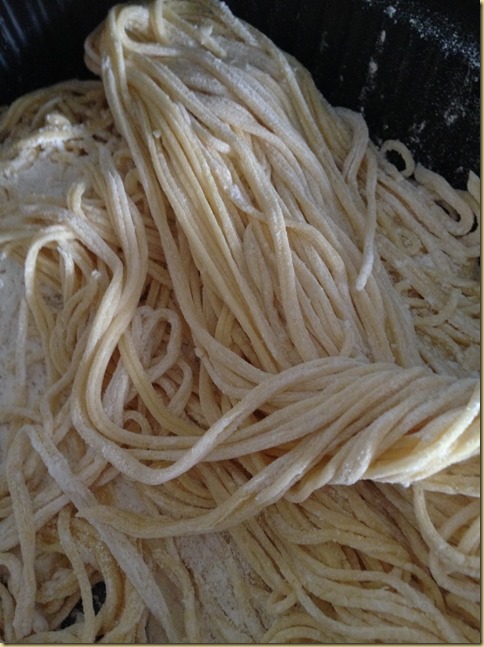 It is not difficult to prepare noodles at home. Of course with the noodle machine, life will be much easier. It cost me about SGD35 to get hold of a machine. Don’t be deterred if you do not own one, families in many part of China are using knife to cut the noodles.. Why don’t you give it a try? 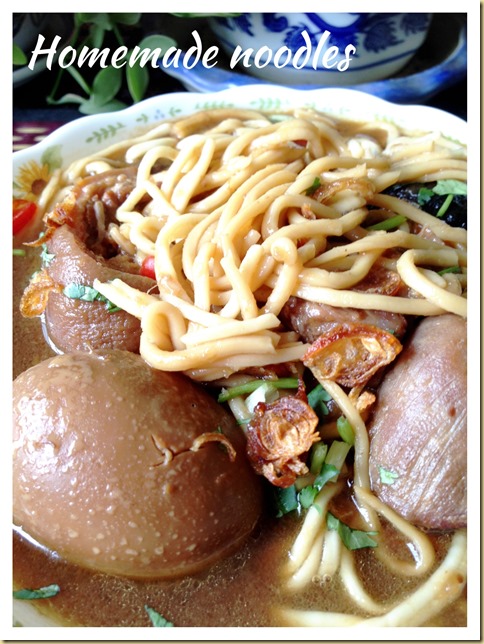 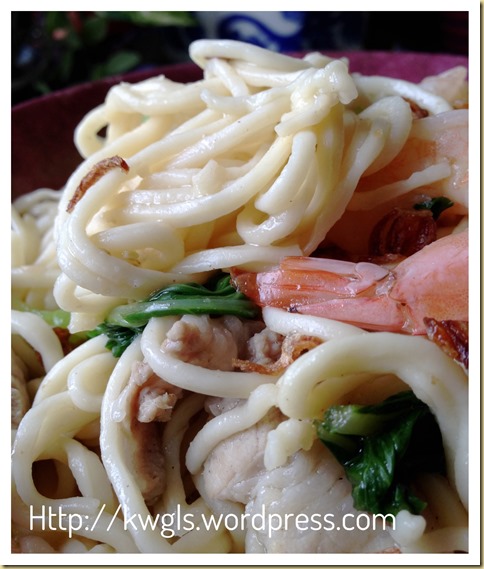 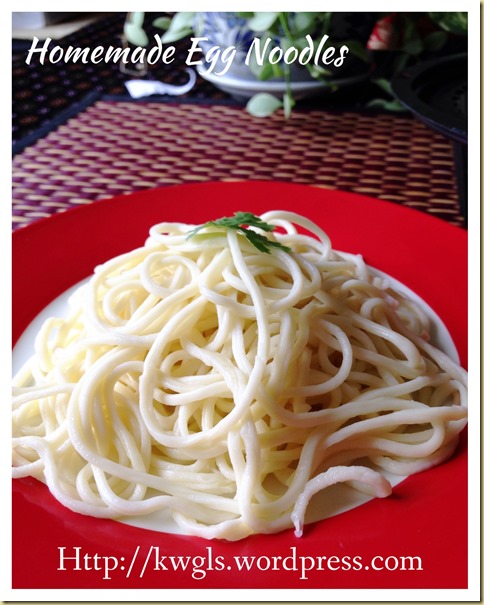