If you like bread, there is no reason that you do not like this.. This is a Chinese traditional bread prepared using stove top instead of the oven. Most will know oven is not common in Asian countries until rather recently. However, you can still prepare using oven if you wish to.

The ingredients are rather similar – yeast, flour and water. If you want, you can wrap in some fillings. However, for this recipe, I have adjust the sweetness such that you can eat it plain as it is.. You can also prepare savoury version by adding spring onion.

My first exposure eating this type of bread is when I was stationed in Changchun , North Eastern part of China. It was even served as a substitute of rice in certain restaurants。  Shandong province is also very famous for its Shandong dabing (山东大饼） It can also be found in various market just like kuih muih being sold as breakfast item over here. People just grabbed a piece and eaten it as breakfast. 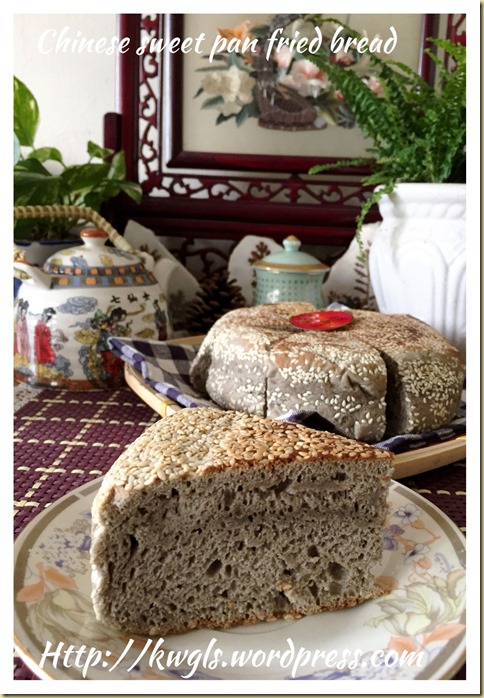 I like this type of simple traditional bread or dabing (大饼）。 It is yeasted flavour, slightly chewy and definitely not oily. It goes well with soya bean milk or coffee or tea or any type of beverages. it is fulfilling and I would rate it as a healthy breakfast alternative.

This recipe will benefit those who do not have any oven at home and can still get some freshly homemade bread .. Hmmm, in fact it is very similar to English muffins .. Is it not all worldwide cuisines are interrelated? 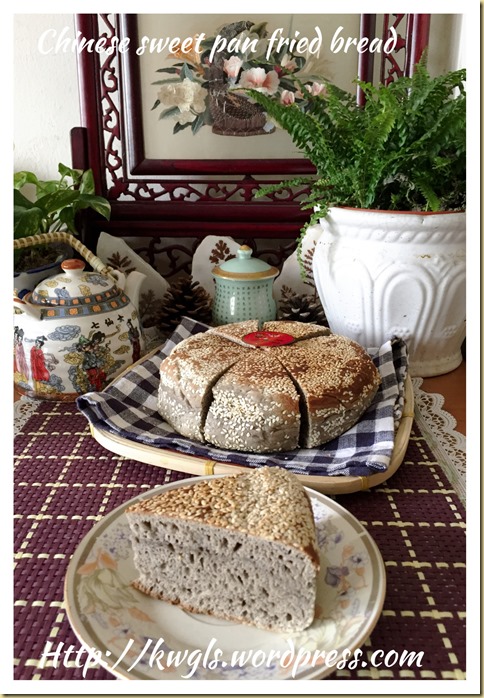 If you do not have an oven at home, you can try to prepare this type of Chinese bread.. I like this bread very much and I hope this recipe will give you another choice of healthier breakfast items. In fact, modifications are many, you can always add chocolate or matcha or other flavouring that you like.. It is also rather common that spring onion was used to flavour the bread…Lastly, calling it as a Chinese bread is because I can’t find an equivalent terms in English.. 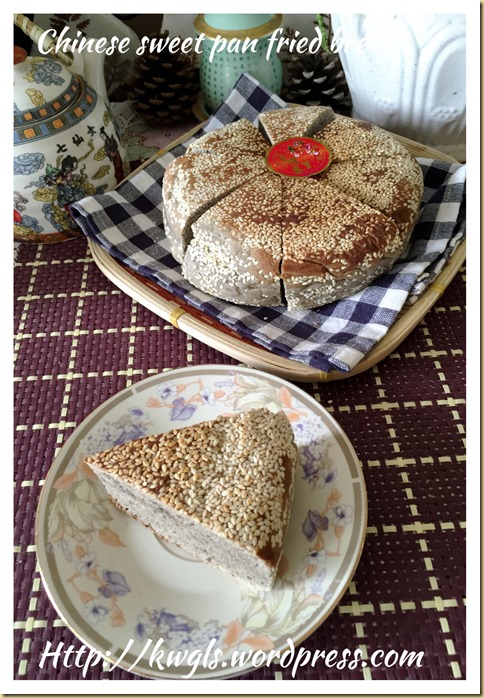