Food history and evolution in between regions  are all intertwining…. and sometimes it is very difficult to know who have invented a particular cuisine.

This is not Chinese snack Dansan, (蛋散) which is commonly prepared by cantonese families during Chinese new year. It looks alike but the ingredients apparently are different.. It has butter and it is commonly found in most European countries with different name. In English, it was called Angel Wings. However, since I get this recipe from a French website, it was name as Les Bugnes. 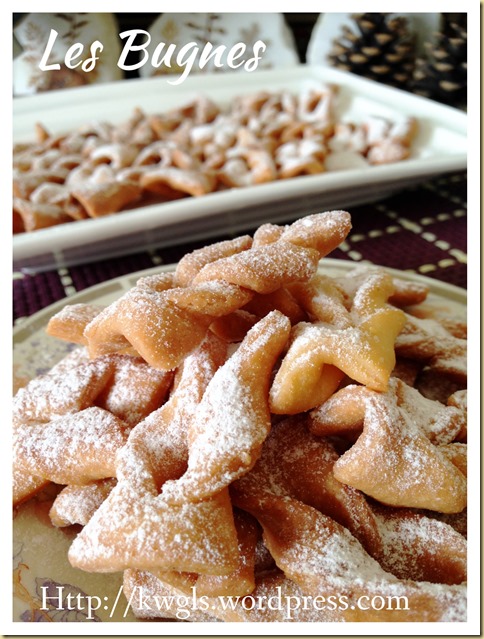 “Angel wings are a traditional sweet crisp pastry made out of dough that has been shaped into thin twisted ribbons, deep-fried and sprinkled with powdered sugar. Traditionally present in several European cuisines, angel wings are known by many other names and have been incorporated into other regional cuisines (such as the United States) by immigrant populations.” (Source: http://en.wikipedia.org/wiki/Angel_wings) 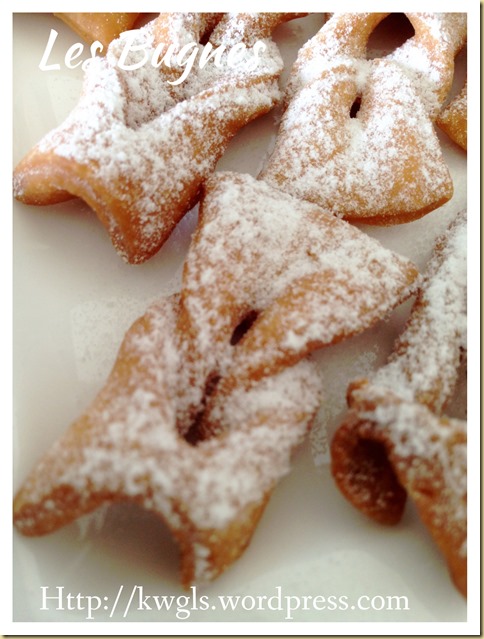 I really love this snack. It is very crispy and aromatic.. I passed the bottle to my children and asked them to take one each to try and they return to me the empty bottle.. I should have made more .. 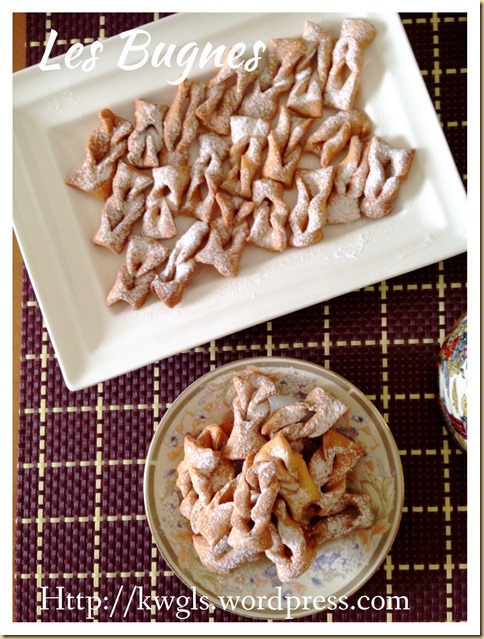 Recipe adapted from: My French Cuisine: Bugnes – the recipe

Servings: Prepare 20-30 pieces of Bugnes depend on sizes 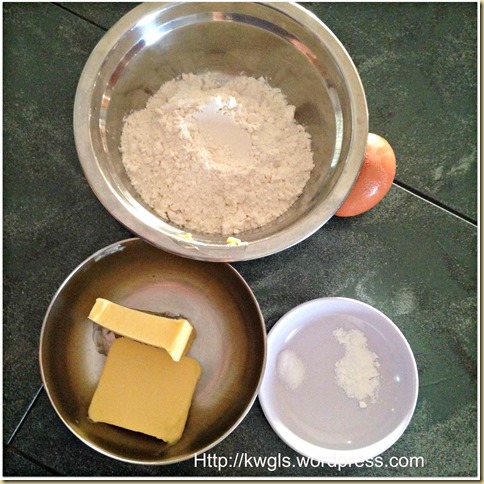 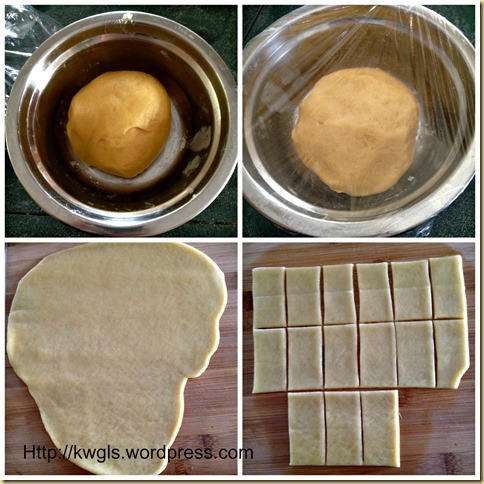 You can use this recipe to prepare the Chinese snack – Dansan, However, you will need to substitute butter with lard. You can also add other flavouring such sesame and fermented bean curd. Instead of dusting with icing sugar, Chinese style is usually coated with caramelized sugar syrup or maltose. I may or may not have another recipe of the Chinese snack but what I can assure all that this recipe is delicious that I will not hesitate to recommend all to give it a try. 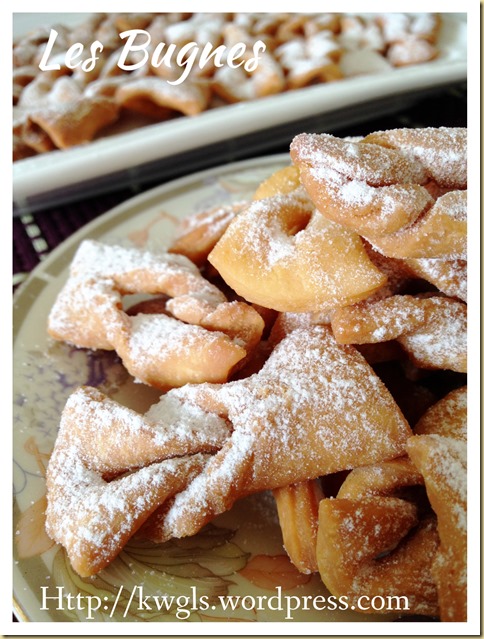