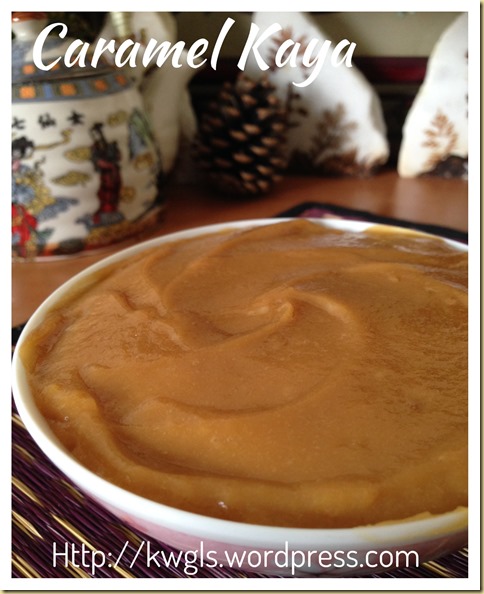 There is nothing to shout about this post.. Most families will know how to prepare kaya or coconut jam… I believed most readers grow up with this breakfast spread on bread.. The recipe is very simple, in essence, it is just coconut milk, sugar and eggs.. The egg mixture was cooked via ban marie method until the custard is set.. For nonya style, pandan leaves were added.and therefore give a green hue.. As for Hainanese style of coconut jam, sugar were caramelized to get the brownish orangey colour and flavour, it was then added to the milk mixture cook using ban marie method.

The ingredients are common but the preparation is slightly laborious… Those who have prepared custard before will know that the eggs and milk tend to curdle if no constant stirring was done.. Lumps will be formed.. To  have smooth silky kaya, constant stirring is required and you may need to stir for about 1/2 hour to 45 minutes….

However, there are other easier method.. You can cook the kaya and use a blender the kaya to make it smooth.. Taste will be exactly the same but the texture will not be as smooth as you constantly stir the kaya for 1/2 hour. For purposes of caramel kaya, I have resorted to the use of this method

As a respect to traditional recipe, for Pandan Kaya illustration, I have used the steam stirring method (like the ban marie) to get until the texture that I want. It took me about 40 minutes to do this.. most of time stand by the stove…

“Kaya, also called Srikaya or coconut egg jam, is a sweet creamy coconut spread made from coconut milk (also known as santan),duck or chicken eggs which are flavoured by pandan leaf and sweetened with sugar. The colour varies depending on the colour of the egg yolks, the amount of pandan and extent of caramelisation of the sugar. As a popular local spread, kaya is typically spread on toast to make kaya toast and eaten in the morning[1] but is enjoyed throughout the day. Different varieties available include nyonya kaya, which is a lighter green colour, and Hainanese kaya, which is a darker brown and uses caramalised sugar, and is often further sweetened with honey. Kaya is used as a topping for several desserts including pulut taitai or pulut tekan, a dessert of sweet glutinous rice coloured blue with butterfly pea flowers (bunga telang), and pulut seri muka, a similar dessert but coloured green with pandan leaves. It is also used with glutinous rice to make kuih seri kaya. （Source: http://en.wikipedia.org/wiki/Coconut_jam) 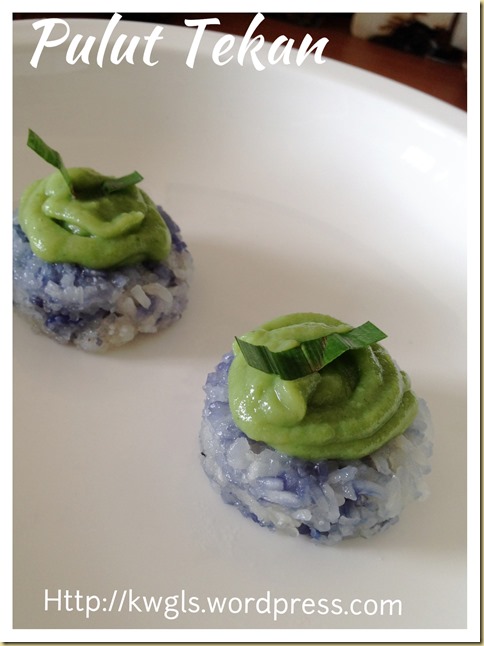 If you are interested to have the above Nonya snack recipe, you can refer to this post: Simple Yet Elegant Nonya Kuih–Kuih Pulut Tai Tai, Pulut Tekan, Pulut Tatal (娘惹兰花加椰糕） 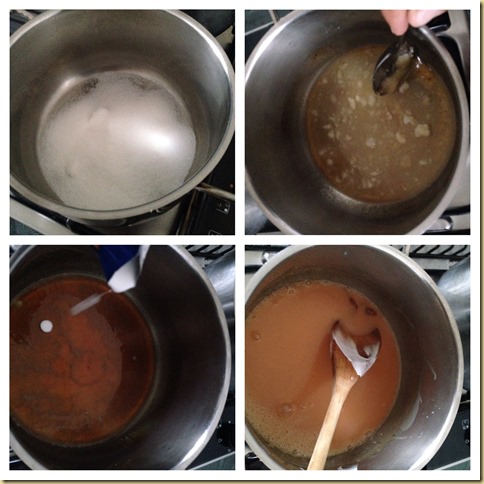 Do give it a try and see if it suits your taste bud. 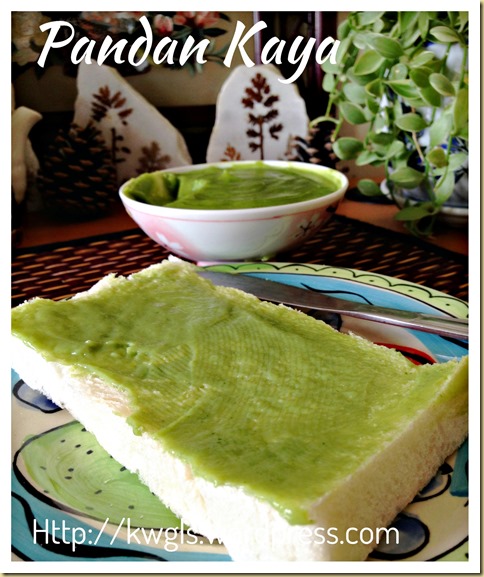