When I issued my Brazilian Cheese Bread recipe yesterday, members of Facebook Group are asking if this is the same as the springy texture Korean Mochi Bread..

I have heard so much about this Mochi bread and in fact, I have never try the bread before. But looking at the pictures in the internet, I knew it is not the same as Brazilian Cheese Bread.. 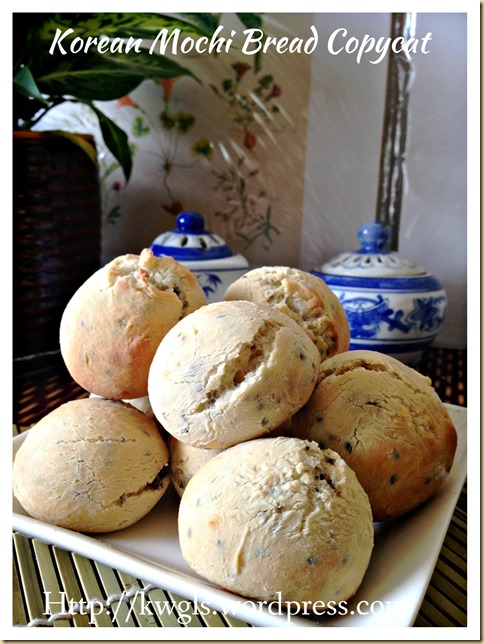 I knew this is a trendy bake and most recipes in the net will need to buy Mochi bread premix.. I am rather doubtful about the need to to buy such premix since it is a Mochi bread literally translated as bread made from glutinous rice flour.

Mochi is a Japanese term for sweet rice or glutinous rice. As per Oxford Dictionary, Mochi is a short-grained, sweet, glutinous rice with a high starch content, used in Japanese cooking.(Source: http://www.oxforddictionaries.com/definition/english/mochi).

If Mochiko or Chapssalgaru is equivalent to our glutinous rice flour or sticky rice flour,  Asians in general should be very well versed with this ingredient as it had been used in many of our steamed cakes like red tortoise kuih and nonya kuihs. 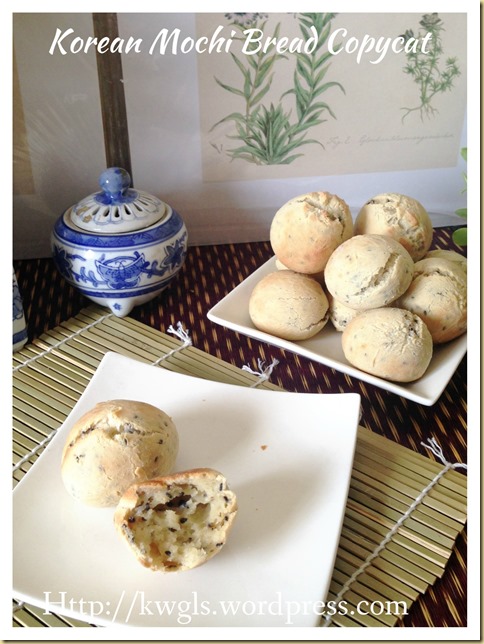 I have found this Korean website that provide 2  homemade Mochi bread recipes, one uses Mochiko flour  but another one called for the use of Mochi Bread Premix .. After analysing their ingredients and on the assumption that Mochiko flour is the same as our glutinous flour, I proceed to test the recipe that I summarized from these 2 recipes. 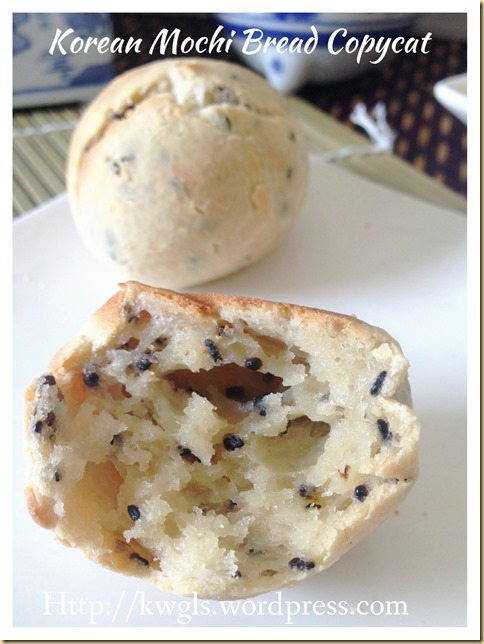 I am very happy with the outcome. It fits with the description of what most bloggers who used the premix in their preparation have described: Crusty on the outside, chewy in the inside full of black sesame flavour. However, I do not wish to guarantee you that it taste exactly like the premix as I have never taste it before.. I will leave it to readers to decide if this look like those that you have prepared from the pre-mix and give it a chance. If yes, you will save some money by preparing this from scratch since glutinous rice flour is very economical when compared to the Mochi bread premix.

* bread flour make the glutinous rice flour less springy and it is optional if you are looking for gluten free recipes. 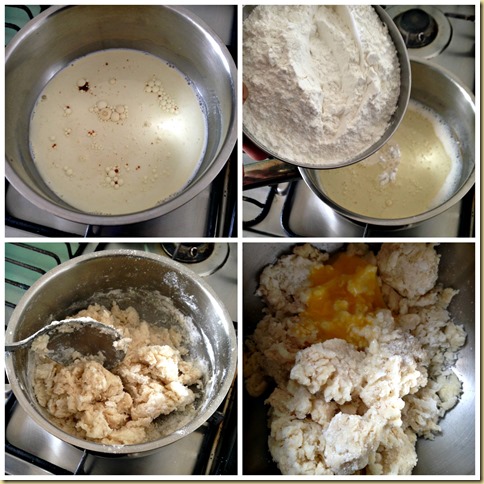 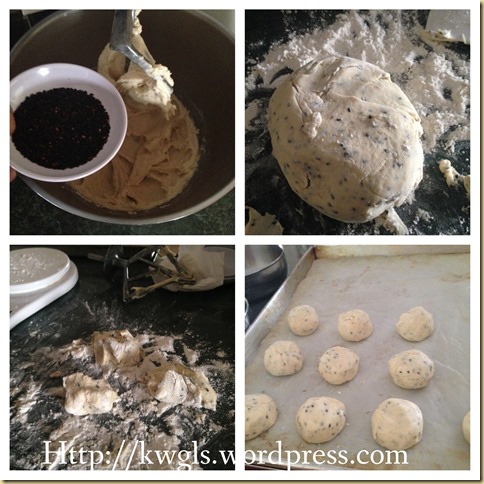 Another gluten free “bread” (if you omitted the 20 grams bread flour) for readers to try out. Frankly speaking, I like the bread for its crispy crust,  springy interior texture and simple sesame taste.. It is definitely a good snack for one to munch on..