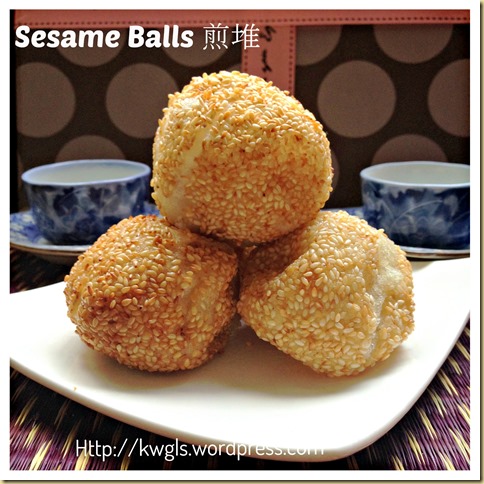 Despite the ugly look of my Jiandui or sesame ball, I have decided to issue the report as I know the reasons of the saggy skin. Among the reasons that I have identified are:

Because of this, in this post, the recipe will be adjusted to exclude baking soda or baking powder, using low to medium heat instead of high heat for deep frying and increase the dough to filling ratio from the initial of 1:1 to the revised 1:5:1.Based on these adjustments, I honestly believed the recipe is definitely a doable recipe since it was not much different fro any other recipes in the internet.

Having said that, the ugly sesame balls were delicious as the skin were very thin and with lots of fillings inside. I have prepared two types of fillings for the sesame balls. One is the ready made red bean paste that can easily be purchased from the bakery shop and another is homemade peanut fillings.

“Jian dui is a type of fried Chinese pastry made from glutinous rice flour. The pastry is coated with sesame seeds on the outside and is crisp and chewy. Inside the pastry is a large hollow, caused by the expansion of the dough. The hollow of the pastry is filled with a filling usually consisting of lotus paste (蓮蓉), or alternatively sweet black bean paste (hei dousha, 黑豆沙), or less commonly red bean paste (hong dousha, 紅豆沙)”. (Source: http://en.wikipedia.org/wiki/Jin_deui) 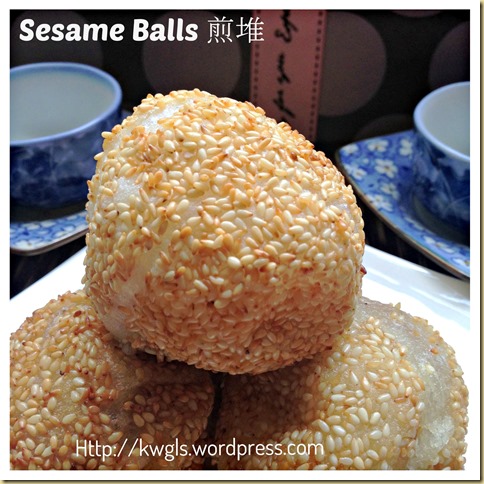 The dough to filling ratio have been adjusted to approximately 1.5:1, meaning a thicker skin such that it will not break when deep frying. 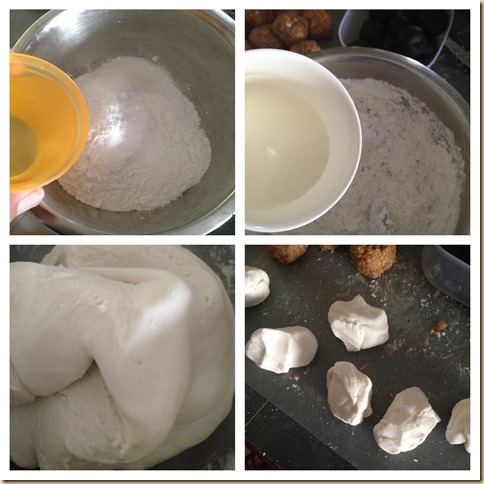 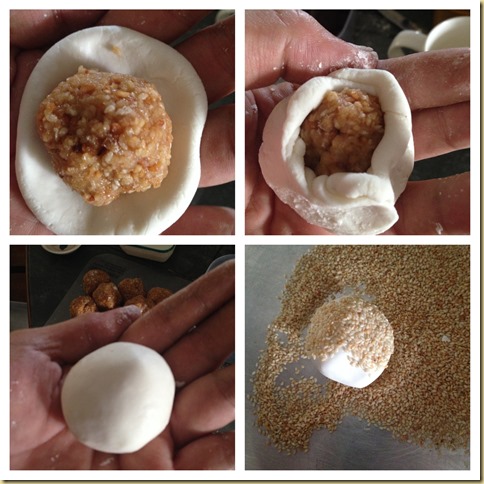 Though my sesame balls are ugly, however, taste is awesome because the skin is very thin. However, after adjustment of the original recipe, it is unlikely that your sesame balls will break as seen in this post. Pardon me for the poor pictures in the post.

I have told readers that I have suspected that the sesame balls broke because of the use of baking soda, too high temperature used for the deep frying of the balls and too high the filling to dough ratio. Today, I have decided to testify what I have written earlier. There is no changes to the recipe and the following amendments in the steps of preparation are as follows:

The balls did not break and I am happy with the outcome.  All the above changes have been properly reflected in the recipe above. 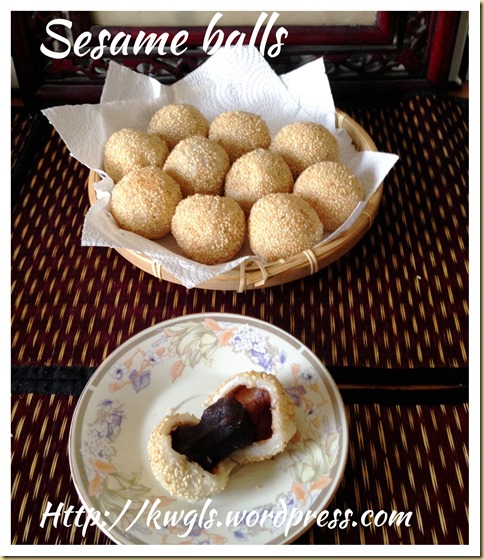